Where is the united nations headquarters

In this guide, I'll show you how to get in here...

it's not a guide!

Alright, let me redo this with my voice overs…

I am visiting the United Nations Headquarter in New York

and you are invited!

including many of famous chambers and the hidden gems

Located in the Turtle Bay neighbourhood of Manhattan

Although it is situated in New York City

the land it occupied are technically extraterritorial

The property was originally a slaughterhouse

If you have a tripod, your journey starts right here at the hot dog stand

because you need to get rip of it

and my solution is...

buy a bottle of water

so they can let you in!

but don’t worry, no pad downs!

Once you are in

please enjoy the breathtaking view of the East River

and many of the artworks, including an Italian bronze sculpture Sphere Within Sphere

But let’s get inside the center of the world politics

However, the official tour is expensive…

so I am going to pay up

Our first stop is the chamber that houses UN Security Council

a gift from Norway

It’s responsibility includes the maintenance of international peace and security

as well as accepting new members to the UN

and approving any changes to its Charter

Going to our next room, we walked through the hallway decorated with exhibits

the remembrance of holocaust

and the statehood for Palestine

The next chamber we’ll visit houses the UN Trusteeship Council

It’s another principal organs of the United Nations

and of international peace and security

Its main goals is to oversee the decolonization of dependent territories which is fulfilled on November 1, 1994

As a result, the Trusteeship Council suspended its operation on the same day

Today, the chamber is used as a general purpose meeting and conference room

Our next chamber houses the United Nations Economic and Social Council

another one of the six principal organs

with responsibility of coordinating the economic, social, and related work of 15 UN specialized agencies

including this one given by the United States, titled Rockwell’s “Golden Rule”

“Do Unto Other as You Would Have Them Do Unto You”

and as well as this Buddhist bell tower

This artwork is called “Chernobyl” a gift from Belarus

the left part represents the region’s past

the centre highlights the nuclear disaster

and the right expresses hope for the future

and danger of Weapon of Mass Destruction

the statue of Saint Agnes found in the ruins of a Roman Catholic Cathedral in Nagasaki, Japan in 1945

one of the two cities that was destroyed by atomic bomb

another one of the six principal organs of the United Nations

It is the main policymaking and representative organ of the UN

Its powers includes overseeing the budget of the United Nations

appoint the non-permanent members to the Security Council

receive reports from other parts of the United Nations

and make recommendations in the form of General Assembly Resolutions

And that concludes our tour

however if you still can’t get enough…

why not bring something home from the Gift Shop

how cool is that!

With that being suggested 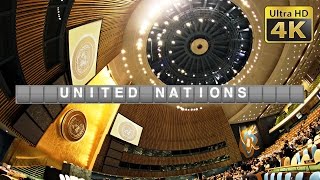 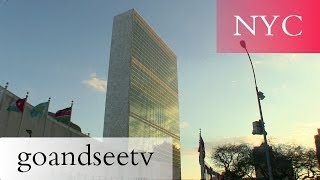 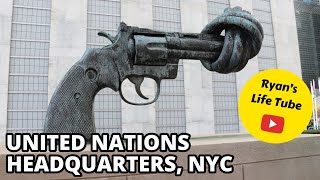 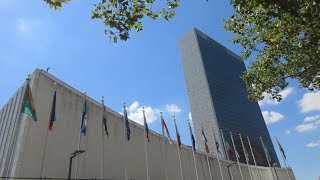 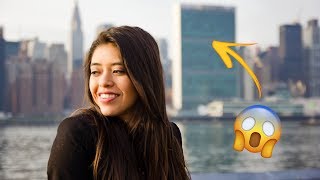 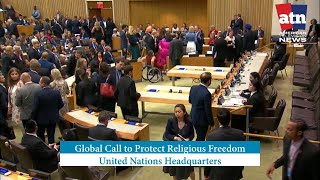 United Nations Headquarters In New York - Where the UN is Located 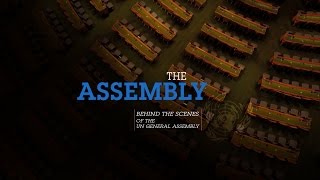 Behind the scenes of the UN General Assembly