Where is the gulf stream

The ocean conveyor belt and the Gulf Stream.

Ocean currents have a direct influence on our lives.

They determine our weather, our climate, and much more.

The ocean currents and wind systems

transport heat from the equator to the poles

and operate like a large engine for the global climate.

In the oceans, there are numerous currents.

The so-called ocean conveyor belt is very important for our climate.

This term describes a combination of currents

that result in four of the five global oceans exchanging water with each other.

They form a worldwide circulation system.

The conveyor belt is also called the thermohaline circulation,

with “thermo” referring to the temperature,

and “haline” to the salt content of the water.

Both determine the density of the water.

While the masses of water may be moved in part by wind,

primarily the different densities of the global oceans are

responsible for their movement.

Warm water has a lower density and rises while cold water sinks.

The water’s density also increases with a higher salt content.

At the equator the heat from the sun is especially strong,

resulting in a lot of evaporation and thus a rise in the water’s salt content.

That is where the Gulf Stream begins.

The Gulf Stream is very important for the European climate.

Its length of 10,000 km makes it one of the largest and fastest currents on Earth,

drives warm surface water to the northwest, into the

The turning of the Earth and the west winds then direct

the Gulf Stream towards Europe and split it up.

One part flows south, another east to the Canary Current,

into the atmosphere as the North Atlantic Current.

The water becomes colder there.

and it drops down between Greenland, Norway, and Iceland.

There we also find the largest waterfall on Earth.

The so-called Chimneys, roughly 15-km-wide pillars with water falling up to 4,000 m.

is carried by all the rivers in the world.

This creates a strong maelstrom, which constantly pulls in new water

and is the reason that the Gulf Stream moves towards Europe.

from the Caribbean to northern areas.

But it doesn’t just bring us animals;

an enormous quantity of warm air also comes with it.

In order to produce the same heat that it brings to the shores of Europe,

That’s why we also call the Gulf Stream a heat pump.

Without it, the temperature would be significantly colder here,

at least five to ten degrees.

Instead of lush fields, we would have long winters and sparse ice-covered

In the last few years, scientists and pundits in the media have repeatedly

due to climate change.

Because if the polar caps actually melt, the salt content in the water

off Greenland would fall, as would its density.

The North Atlantic Current would no longer be heavy enough,

and so it woundn’t sink as usual.

In the worst case, that would bring the Gulf Stream, our heat pump, to a stop.

Some climate experts also assume that climate change could

compensate for this effect.

by looking at the development of the Earth over the last few million years.

There are ice ages and warm periods.

In the last ice age, a gigantic flood of melting water crippled

on the global ocean conveyor belt, but one thing is clear:

when the climate changes, then the complex system of ocean currents and winds,

which has remained fairly stable since the last ice age,

will change in ways that we don’t yet understand.

Subtitles by the Amara.org community 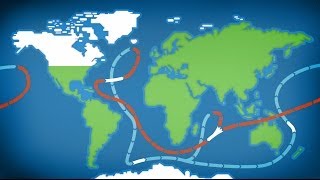 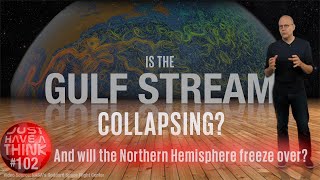 Is the Gulf Stream collapsing? 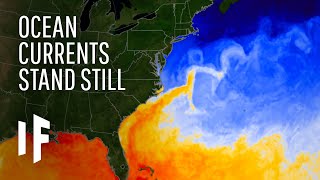 What If the Gulf Stream Current Stopped? 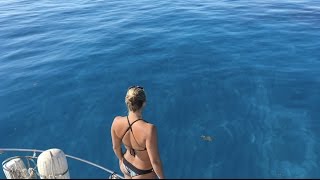 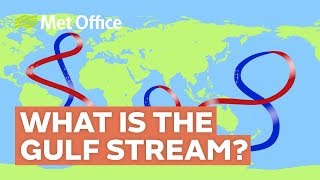 What is the Gulf Stream and why is it important? 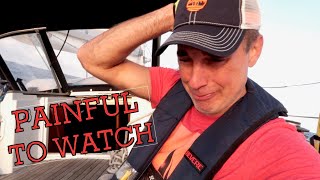 I Thought I Was Going to Die - Gulf Stream Sailing (Ep. 8) 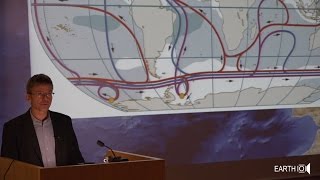 Is the Gulf Stream System Slowing? – the Earth101 lecture 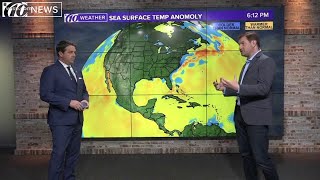 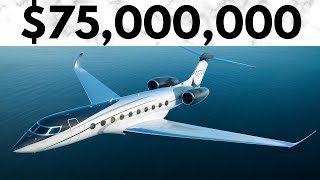 10 Things You Didn't Know About The Gulfstream G700 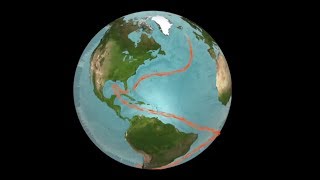