Where is the amalfi coastline

There are some places that are so famous

and so legendary that even before you set foot there,

The Amalfi Coast with its “Road of a thousand bends”

is one such place.

The Amalfi Coast has attracted society’s rich and beautiful

for thousands of years and inspired

some of the world’s greatest artists and writers.

The area’s largest city, Amalfi is a great place to begin this legendary journey.

This town was wealthy and powerful during medieval times,

and merchants here had gold coins to spend

instead of the barter system used throughout the rest of Italy.

Visit the magnificent buildings that reflect that early wealth

such as the Cattedrale di Sant'Andrea

and take the short trip to the picturesque hillside village of

Pontone, where Amalfi’s elite used to escape the crowds.

Although the fishing village of Atrani is only just over the hill,

it maintains its own traditions and even a local dialect.

Atrani is the smallest municipality in Southern Italy

and its medieval streets and alleys feel untouched by the hands of time.

The nearby villages of Praiano and Furore

have many beautiful beaches including Fiordo di Furore,

an ancient gorge that was used for many centuries as a hideout for bandits.

A little further along is the site of one of the greatest legends of all time.

Just off the coast from Positano is where,

according to Greek mythology,

Ulysses resisted the mythical call of the sirens.

Positano is perhaps the best known destination on the coast.

A favourite of celebrities since the 1950s,

this town glitters with old-world glamour.

most of the paths lead right to the town centre and the Santa Maria Assunta.

Hikers come from all over the world

to stroll through fragrant lemon orchards

Follow ancient trails to the hilltop town of Ravello,

an elegant village known for the magnificent architecture of Villa Rufolo,

once the private home of a rich and powerful family.

Visit the Terraces of Infinity, at Villa Cimbrone,

“the most beautiful view in the world.”

From Minori the road leads to Maiori,

a fishing town with one of the largest beaches on the entire coast.

Dominated by the Castle of San Nicola de Thoro-Plano

this is one of the last remnants of the area’s powerful defence system.

and beckoningly real after you have gone.”

With its endless sunshine,

mediterranean colours and a landscape of gripping drama and breathtaking beauty,

the Amalfi Coast truly is 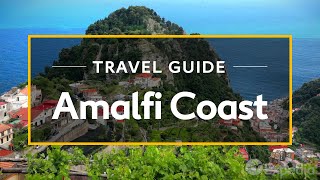 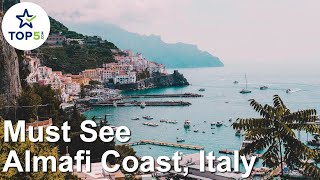 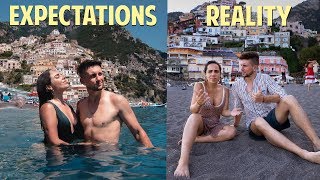 Is Positano Worth the Hype?! Italy's Amalfi Coast 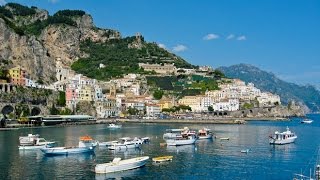 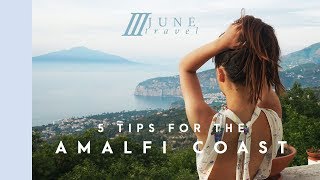 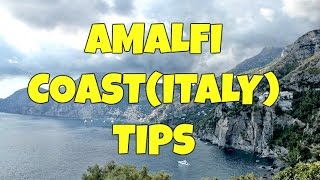 AMALFI COAST (ITALY) TIPS: WHERE TO STAY, WHAT CITIES TO VISIT AND WHAT TO DO 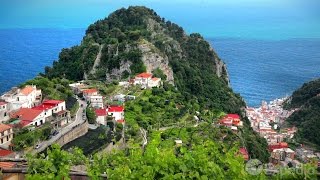 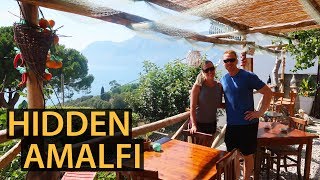 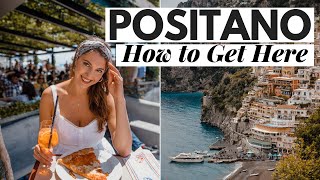 How to Get to Positano & Amalfi Coast | Pros & Cons of Trains, Ferries, & Busses 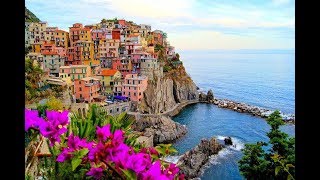 The Amalfi Coast in Ultra 4K