Where is a pressure cooker

the pressure cookers that our moms and grandmothers used. The new digital electric models are

super safe. Loaded with safety back-ups, they're incredibly easy to clean and they don't make

a mess in your kitchen. So, how does a pressure cooker work? It's really quite simple. It

allows steam to build up inside the pressure cooker, and cook the food more quickly. It

also takes all the spices and all the ingredients you put inside and force it into the food,

so every single bite is not only fork tender, but also incredibly flavorful. Now today,

we're going to be making my pressure cooker beef and rice. And this recipe can be found

under David's Recipes on QVC.com. What we're first going to do is set the browning feature.

like a skillet before it turns into a pressure cooker. I can actually brown the stewing beef.

meat. Now my recipe calls for stewing beef and if you prepare this traditionally, it

can be really tough and stringy, but when you cook it under pressure, it becomes fork

tender and really flavorful. While it's important to add some water to a pressure cooker, you

some of their own natural juices. But it is always a good idea to add liquid like a zesty

tomato juice. If your recipe calls for vegetables in the pressure cooker, remember that vegetables

do not need to cook very long and some don't belong in the pressure cooker at all. Softer

they'll only turn to mush. The rest of your vegetables should only be cooked a few minutes.

Probably no more than fifteen minutes maximum. Now if you don't have fresh vegetables on

hand, you can use frozen. It's important to remember if you're using the frozen, you need

vegetables will give off more water. Let's talk more about safety. These digital, electric

pressure cookers have many back-up safety features. In fact, there's no way to open

this lid until I release the pressure. That process is very easily done, just by flipping

one switch. The next step is to cook the rice. And rice will cook incredibly fast in the

and that it absorbs all that flavor. Another good idea, is to add a little cooking oil.

This also will help keep that starch down and make sure that the rice doesn't foam.

The best thing to remember while cooking rice is the ratio, one cup of rice to one and a

quarter cup of water. It's also important to remember that when you are finished with

the cooking cycles, let the pressure cooker release naturally so you don't get any foaming

in the valves and it all comes out beautifully and clean. So, with a little pre-planning

and prep work, you'll be safely pressure cooking in no time. And once you learn these simple

tricks, your food will come out quickly and the flavor will be fantastic. 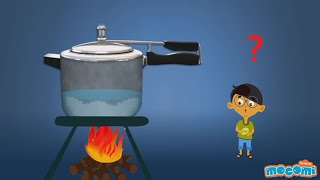 How does a Pressure Cooker Work? - Science for Kids | Educational Videos by Mocomi Kids 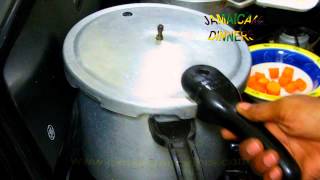 HOW TO USE PRESSURE COOKER 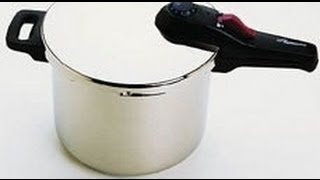 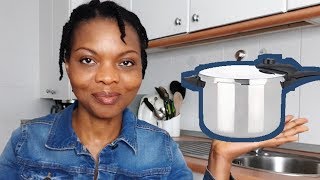 Everything you need to know about my Pressure Cooker | Flo Chinyere 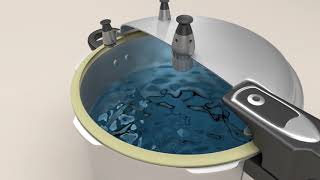 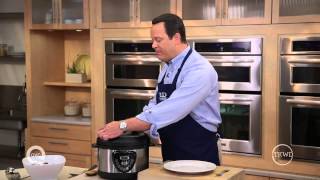 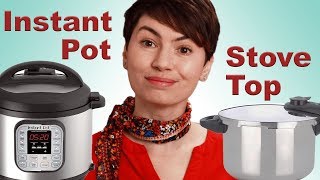 Instant Pot vs. Stovetop Pressure Cooker (which one is right for you?) 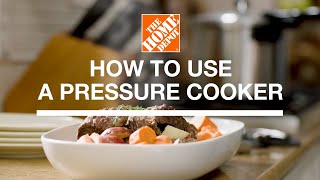 How to Use a Pressure Cooker | Kitchen Appliances | The Home Depot 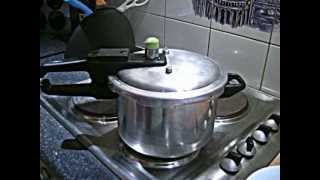 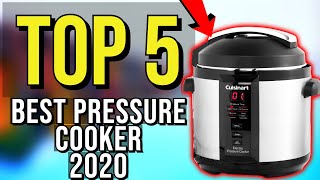