Where is a good place to stay in madrid

Hey! What's up? My name is Ana and I am Lost but Found.

the beautiful city of Madrid, Spain!

I am a very frugal person, however!

[spanish] Therefore, today I will show you some of the things you can do

on your trip to Spain in order not to spend so much money.

I'm sorry! That was terrible!

Point number one is: accommodation.

Now, there are a few options that I can suggest for you, first being Couchsurfing!

if you don't know what couchsurfing is yet, you can check out the video that I have on it.

You need to know, there are some pros and cons to this.

The pros would be, number one: it's technically free.

Number two: you meet locals so you get insider tips

Number three: they become your friends

BONUS POINT: You get to meet little cuties like this guy!

Some cons would be, Number one: you might have to be

pretty dependent on your host.

'cause I have the ones for the building so I'm waiting to see if he answers me.

and I don't have any food because last night I didn't buy any food.

Number two: you might have a little less privacy compared to what you would have in a hotel

I just got home, I had to knock on the door and wake everyone up! *sigh* How embarrassing!

Look who's sleeping with me today!

Who am I kidding? There are more good things than bad, honestly!

Just make sure to check the reviews and talk to your host beforehand.

Your second option would be: hostels.

These vary anywhere between 13 euros to 20 euros a night

which would be the third option.

These vary somewhere between 15 to 40 plus euros a night

but if you're splitting with friends then it's a better deal!

A couple of options I would suggest would be number one: to head to the supermarket!

So, okay! I'm finally on my way out. I'm gonna head to the supermarket.

I guarantee you that there's no better way

to save money on food than to and get some groceries and cook at home.

Unless you decide to go on a water fast in which case...

Otherwise, this is a cheapest option.

I'm back from the supermarket! I just wanted to do a quick haul!

Here's everything: some milk, bread, jam, ham and cheese, some veggies and

fruits, some rice, some eggs, and some potatoes.

If you have a kitchen available you can get cookable ingredients like some veggies, some rice, some eggs...

If there's no kitchen available at the place that you're staying at,

you could just get some bread, some jamón serrano, some queso...

Oh my gosh! The ham here, the ham! It's unreal!

...and make your own tapas caseras! There are so many possibilities!

Or you could try the second option which would be eating out at the cheap places.

Which is where I spent a couple of nights because it's so darn cheap!

We have arrived! Let me just cross the street.

ask for the drink and they give you this whole big plate FOR FREE!

The whole night if you want!

I think it would have been better to go with like a group of friends.

Most people that were there, were there with at least one other person

I got one... the waiter told me it's called a "payesito".

It's not really a good option if you're really really hungry

But, it's actually pretty good!

Option number three, which is in a lot of different cities in Europe actually,

is to get a kebab. Much like in other places,

these costs around 5 EUR and you can add an extra drink for just 1 EUR.

Side note here: just be careful when you're around the touristy areas or the city centre

around 20 cents whereas, once you enter, it costs you anywhere from 1 EUR to 3 EUR.

In total I spent around 10 EUR on groceries and only 17.70 EUR on eating out!

First of all, the metro. If you know that you're going to be using the metro a lot,

I would suggest getting the 10-ride ticket, rather than just one right at a time

So, I'm probably gonna be taking the train more than three times.

Keep in mind, though, that prices vary when you actually enter the city center

depending on how many zones you're gonna be visiting so watch out for that!

Another good thing to mention would be the taxis! I already had the feeling that taxis in Europe

my overnight bus to Barcelona

I just stress myself out

and that cost me around 10 EUR. So, in total we're looking at the spending of

Points number 4 is: touring and souvenirs and stuff like that!

First of all, museums. Oh my gosh! Madrid has so many museums to see.

I was able to get into the Museo Reina Sofia

Actually, through further investigation, I realized that a lot of museums in Madrid

so it's a worth a shot investigating if there will be anything like that during your stay!

Second of all, you can take a free walking tour. I didn't get a chance to join one this time around

it's tip based, so you can give whatever is in your heart or whatever fits your budget

For souvenirs, again, stay away from like the touristic zones because the prices are definitely gonna go up!

I ended up finding this cute mirror!

There you are! Hello!

and also a lovely little keychain for a friend of mine for a total of 5.40 EUR

Point number five would be flights!

Sorry to leave this for last but, I think it's pretty well-known that there are

several apps and websites out there that help you find the cheapest flights to book.

I like to use two, primarily: Skyscanner.com and kiwi.com.

My one-way flight from Mexico to Madrid with a 24-hour layover in Miami, cost me

and I was there for five days and four nights so, that comes to a grand total of:

Well, those are all the tips I have for you today! Let me know in the comments below,

How do you budget your trips?

What other tips can you suggest to other travelers

when they're trying to save money when traveling?

Be sure to subscribe if you want to see more travel videos or crazy things that are coming up next.

I think that you guys will enjoy! I'm uploading much more videos soon

so, keep an eye out for them and I will see you next time.

Would you consider me a frugal person? I mean I did eat out!

Hmm... maybe next time I'll commit to not eating at all 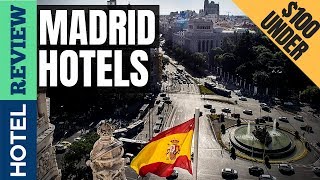 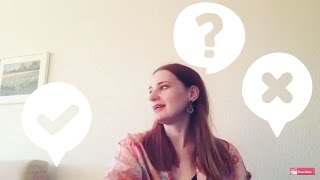 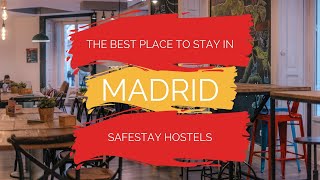 THE BEST PLACE TO STAY IN MADRID | SAFESTAY HOSTELS 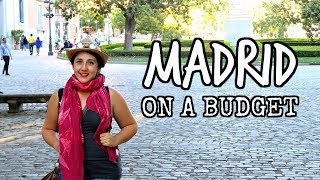 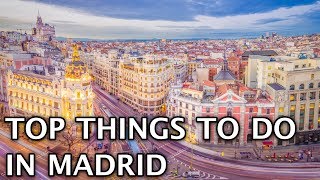 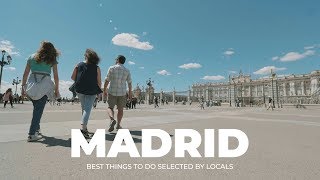 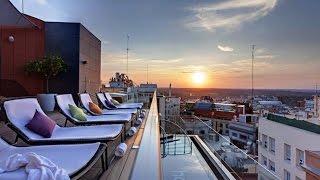 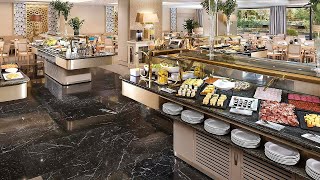 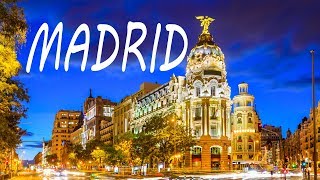 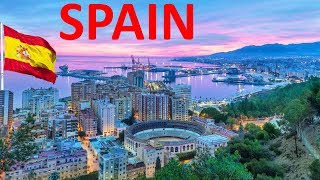